How We Stop Abuse in Theatre

The initial response to the devastating exposé of the abuse at celebrated Chicago theatre Profiles Theatre was swift and decisive: we were all appalled. Nearly everyone in the industry decried the abuse in no uncertain terms. We were appalled that a theatre would continue to allow such actions, even from a founding member and a widely respected (and lauded) artist like Darrell Cox. “How could this happen?” we asked ourselves. “Not in our house,” we repeated, echoing the Chicago group bravely attempting to stem abuse in Chicago theatre.

And then, because we were not the ones accused, we went about our business, which includes hiring abusers and making excuses for them.

When I posted the story on social media in June, I wrote that I would stand by anyone in the Bay Area who needed someone to stand with them. A number of people contacted me privately to share their stories. Not one was willing to come forward publicly for fear of retaliation and public scorn. A few refused to name their abusers, instead providing me with leading clues like, “won X award X year” or “directed a lot of [playwright] during [years].” One mentioned that she initially wanted to file a report to AEA, but was cautioned against it by other women– fear the consequences, she was told. For good reason– our culture is unkind, to say the least, to women who publicly speak out about their abuse, especially at the hands of powerful men. Our first impulse is to call her a liar, out for personal gain. As if anything could be gained that way but scorn, trauma, pain.

I thought long and hard about what to do with these stories. I won’t make public accusations because these aren’t my stories to tell, and I will not violate the consent of these people who bravely shared their stories with me. But I will take this knowledge and create a primer for fellow Artistic Directors and others in positions of power– including board members– at theatres to give them a clear picture of where we have failed our people over the years and how we can do better in the future. I will not name names. But I can point to where we went wrong.

1. Make sure that everyone working in your theatre understands that you have a zero tolerance policy for abuse. I never did this, trusting to our “culture of respect,” and I count it as one of my worst failures as an Artistic Director. Openly state your zero tolerance policy while clearly defining “abuse” and clearly stating consequences. Not in Our House (linked above) is developing a Code of Conduct for non-AEA theatres that they are allowing others to access online, but not to adopt unless they are a designated pilot theatre. They hope to release adoption in 2017. Until that time, it’s a great document to use as a model to create your own basic set of rules. While we cannot yet adopt their code, I feel strongly that we in the indie theatre community cannot continue to run with *zero* code of conduct. If you’re an AEA theatre, do not assume that everyone on your team knows and understands AEA rules of conduct. Make sure everyone knows what you expect, and what you will not tolerate. THEN ENFORCE IT.

2. When people come to you with stories of abuse, complaints that someone is making them uncomfortable, complaints that someone is not respecting their boundaries, LISTEN TO THEM and BELIEVE THEM. Quietly take other members of the team aside and talk to them to get a clearer picture about what’s happening if necessary, but believe me, very few take the risk to come forward without good reason. Then enforce your zero tolerance policy with its clearly stated consequences. Do not protect abusers, minimize abuse, or sweep it under the rug.

3. Pay close attention to the behavior of the people you have on staff. People will not always be brave enough to come forward about bad behavior. Sometimes people gaslight victims by claiming that the abuse is “just the way he is,” “not a big deal,” or “just because he’s a genius and passionate about his work.” Victims begin to second-guess themselves and worry about the consequences of coming forward when others are minimizing or excusing bad behavior. There could easily be problems, even abuse, in your house without anyone coming forward to tell you about them directly. We must be proactive. Think: Has any director in your theatre ever berated an actress in rehearsal until she cried? Has any director in your theatre insisted they could block a fight themselves, despite their lack of training and/or certification, putting your actors at risk? Has anyone in your company publicly derided the work of others on the project as “stupid,” “worthless,” or “idiotic”? Has a choreographer ever told an actor in rehearsal they were “talentless” or “useless”? Has anyone on your team made a racist, antisemitic, sexist, transphobic, ableist, or otherwise bigoted joke? Has a production photographer joked publicly that he was only planning to take pictures of the scantily-clad young actresses in your show? Does someone in a position of power at your company proposition young actors, start affairs with them while they’re under contract, single them out and flirt with them during rehearsal? Has someone in your company threatened to dock someone’s pay for refusing to do something that’s outside the scope of their contract? Has anyone in your company violated any contract (for example, used someone else’s writing or fight choreography without permission) and insisted that others maintain secrecy? Pay attention and nip that behavior in the bud.

4. Stop hiring “geniuses.” As I say above, “he’s a genius and just passionate about his work” has long been used to excuse abusive behavior. We’ve created a mythology around the “auteur” whose passion is so great that he “can’t help” flying into rages, berating people who “aren’t on his level” or who don’t give him exactly what he wants (as it changes from day to day or he fails to be clear about it). Sometimes his affairs with young actors in the show are part of his “passionate” persona. He just can’t help himself! He makes unreasonable demands and insists others work around the clock to satisfy them. When his work is racist or sexist, lavish excuses are made for it. It’s “brave,” “daring,” or “honest.” Asshole “auteurs” are not cute. They are assholes. And more often than not in this collaborative art form, the work suffers for it. No one is doing their best work when their goal is to keep someone from screaming at them. Make “respectful” a more important quality in an artist than “mad genius.” And while I’m using the male pronoun here because the “auteur” mythology is largely white and male, these people come in all types. Stop hiring “geniuses.” 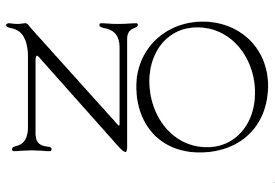 But you do not need to tolerate this behavior. It may be as simple as laying down the law with someone and being clear about what you will not tolerate. It may be that this person refuses to address their behavior, and they need to be let go before they demolish your mission, your reputation, and your company.

You do not need to keep hiring these people. For every “genius” you hire repeatedly despite known bad behavior or even known abuse there are five overlooked artists who are wonderful to work with.There’s no reason to tolerate this behavior.

I have made errors in my career because I believed I “had no choice,” but I did. There is always a choice. And I will carry the shame of those decisions until my dying day. I remember the names of every person I failed to protect, either because I believed wrongly that I had no choice, or because I was ignorant of what was happening in my own house (which is just as much my fault, because if someone wasn’t coming to me, or if I failed to see something, that’s on me). It’s a weight I wouldn’t wish on my worst enemy.

As long as we continue to protect, excuse, and ignore bad behavior, it will continue to happen. As long as we continue to reward bad behavior and even abuse with future employment, prestigious awards, and coveted positions, we’re plainly stating to our community that our people are worthless to us; that people (especially white men) in powerful positions are untouchable; that speaking out will be ignored or punished; that there’s nothing that can stop the abuse.

WE CAN STOP IT. It’s our choice.

10 thoughts on “How We Stop Abuse in Theatre”