If You’re Angry That Harvard Rejected Kyle Kashuv for Using a Racial Slur, It’s Because You Don’t Know Anything About College Admissions 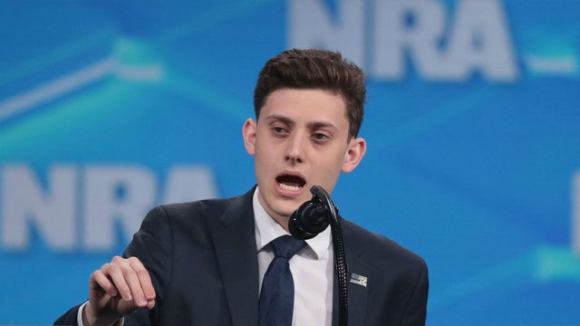 Recently a young man was denied admission to Harvard. That’s not much of a story, but this young man is famous because his conservative viewpoint set him apart from his fellow survivors of the 2018 Marjory Stoneman Douglas shooting, which made him a conservative media darling. This young man, Kyle Kashuv, had his offer of admission rescinded from Harvard after it came to light that he had used the racial slur “n****r” multiple times in school-related shared googledocs and text messages in his junior year, when he was 16 years old.

Kashuv showed no remorse about his actions until he learned that someone was planning to make screenshots of his repeated use of “n****r” public. Knowing this would jeopardize his admission to Harvard, Kashuv contacted Harvard in advance and pled his case. That’s “not who I am.” He says he’s “changed” in the “years” since then, as if he turned 16 in May of 1977 instead of May of 2017.

When Harvard denied his appeal, Kashuv went public, posting everything on Twitter, hoping to create a controversy and pretend that Harvard was singling him out because he’s a prominent conservative voice. That ruse has worked, and it’s worked because most people have no idea what the college admissions process is like. I’ve been teaching for years. Here are the facts they’re missing.

Universities rescind acceptances all the time. This is by no means unusual; what’s unusual is that Kashuv is a celebrity. The other students whose acceptances were rescinded this year by various universities are not celebrities, and are not being invited to talk about it on radio and television. All rescinded offers are rescinded due to new information coming to light. Academic dishonesty (cheating and plagiarism), lower-than-expected senior year grades, and dishonesty in your application materials, including falsifying transcripts, lying about extracurricular activities, or, oh, I don’t know, pretending you’re not a huge racist, top the list of reasons offers are usually rescinded. Harvard has rescinded applications of students for similar racism in the past, yet for some reason Kashuv expected to be treated differently. Anything other than special treatment is “persecution of conservatives,” according to the many conservative pundits currently in hysterics over this.

“But he was only 16! How can they judge him so harshly for something he did at 16!” Everything on a college application is something students did at 16– or younger. When do you think they earned those grades, took that SAT, played that cello, or wrote that college essay? Every scrap of information on a university application represents a student between the ages of 14 and 17. If you believe universities should not judge students for their actions at 16, you believe universities should not judge students at all.

Almost all university applications are due in the fall semester of senior year, before any senior year grades have been posted. The entirety of the application represents the student in 9th – 11th grades. Kashuv turned 17 at the end of his junior year. Why should Kashuv’s repeated acts of racism be excused due to his age when literally everything else about him at that age is precisely what universities are judging for admissions? His repeated use of “n****r” is the one and only thing about him that should not be judged for university admissions?

Are conservatives advocating for universities to stop rescinding offers when students are caught cheating or plagiarizing as teenagers, when their senior year grades drop as teenagers, or when it’s discovered students lied on their applications as teenagers? If not, then we know what they’re actually protesting.

Conservatives love to talk about taking personal responsibility, but they only believe that applies to people of color, poor people, and liberals. (Will Laura Ingraham condemn Kashuv’s posts about this as “whining”?) All the very same people who vigorously complained that teenager Michael Brown, teenager Trayvon Martin, and literal child Tamir Rice were “no angels” and should bear the responsibility for their own murders are now upset that a privileged white boy will have to take personal responsibility for his actions in the weakest and mildest way possible– having to choose a different university than Harvard. That “denied opportunity” is angering conservatives, but denying a Black teenager literally all opportunities, stealing his entire future, is absolutely right and just in their eyes, because when a Black teenager is “no angel,” murder is justified, but when a white teenager is no angel, even when he rapes someone, no punishment, no matter how mild, is justified.

Harvard rejects 95% of all applicants. Conservatives evidently believe that white teenagers belong in the top 5% and must commit atrocities much worse than racism or rape to lose that place while Black teenagers must be perfect in every way just to retain the right to draw breath.

People are more concerned about the kid who repeatedly used “n****r” than they are about the Black students and staff who would be forced to sit in classrooms with him. Harvard is rightly considering the health and safety of its current students and staff in its decisions about who they add to their community. It’s telling that people are more worried about protecting this celebrity from the consequences of his own racist actions than protecting the Black members of Harvard’s community from racism. They’re worried about Kashuv’s future, but not at all concerned about the grad student who would be forced to teach his freshman Comp class, knowing full well that Kashuv would take to Twitter with a whining rant about “reverse racism” and “persecution of conservatives” if he earned a B on an essay.

In the application process, elite universities are just as concerned about character as they are about grades and SATs. Applicants must submit a personal narrative and letters of recommendation that attest to their character as hardworking and community-minded. Elite universities are very picky in their decision-making around who they will add to their learning communities, and a student’s character– again, at 16, just like everything else on the application– is a large part of the consideration. It is not at all surprising that Harvard rescinds acceptances from students when racist acts come to light. The examination of applicants’ character during the high school years is precisely what the application process is designed to do. It’s preposterous to imagine that the best way to go about this is to examine everything about a student BUT racism.

I’m writing this on Juneteenth, a time when many people reflect on the brutal racism Black people have suffered, and continue to suffer, in an America dominated by white supremacy. Do we really wish to continue being the kind of nation that believes it’s too much to ask white people who were born in 2001, who grew up with the internet, and who are supposedly academic superstars devoted to the betterment of society to avoid repeatedly using the word “n****r”? Several conservative pundits I refuse to link here have stated that Harvard is setting an “impossible standard” by weeding out students who have used racial slurs, which reveals far more about those pundits than it does about Harvard.

I’ve spent the last six years teaching 16-year-old students after 25 years as a university adjunct. They are magnificent, brilliant human beings perfectly capable of understanding that racial slurs are harmful and why they are harmful. We expect them to take personal responsibility for literally everything else right up until a white male student must face consequences for words or actions harming a woman or a person of color. We expect 16-year-olds to be responsible enough to drive, to work, and to carry the enormous academic workload that college-bound students now must undertake. It is completely and obviously disingenuous to pretend that 16 is too young to understand the harmful nature of racial slurs. We all know that Kyle Kashuv absolutely understood what he was doing and felt no remorse for anything but being caught. What they’re arguing for– what all of Trumpism and modern conservatism is arguing for– is the right to use racial slurs without consequence.

Free speech means freedom from government interference, not freedom from social consequences. “Free speech” means you can say “The President sux” without going to prison. It does not mean that social media companies must host your racist speech, that TV shows must not fire you, or that Harvard must allow you to attend. Actions have consequences, conservatives. Yes, even for you.