Bea Arthur is my spirit animal. I will never achieve such epic glare.

Oh, internet. I love you so much. But sometimes, sometimes . . . you work my last available, barely functional nerve.

I have some things I need to get off my chest.

The internet in general and social media in particular are amazing. Now we’re interacting with far more human individuals per day than at any other point in human history. This has one million positives and a handful of ass-clenching negatives. I just really need to get some of these negatives off my chest (SEE ABOVE).

Look, I’m glad that you’re excited about what you believe. Truly. I think you have every right to believe it, and every right to talk about it all you please. I think you should make a blog where you write an article a day about how happy you are being an atheist or whatever it is that you are. Decorate that shit with blingee smiley faces and unicorns. SPREAD YOUR LOVE. But can we all agree to stop spreading hate? Atheists and religious people, I know almost all of you are awesome, normal people who have zero shits to give about the beliefs of others. But there are vocal minorities in both groups that are in a constant process of evangelizing– blorking out a nonstop barrage of posts and comments about how they belong to the ONLY belief system in possession of THE FACTS, and therefore everyone else is not only WRONG but STUPID, ignorant SHEEP who believe everything they’re told and have no capacity for rational thought.

You guys . . . knock it off. Have a little compassion. Religious people, atheists are not amoral deviants who are so blinded by hedonistic modern culture that they cannot see the awesome truth of whatever religion you believe is true. They don’t need religion to be good, moral people. Atheists, believers are not mindless sheep whose personal beliefs are worth mocking simply because you do not share them. They don’t need to be atheists to be intelligent, worthwhile people. Is mutual respect too much to ask? Do we need to do a preschool circle time unit about manners? Can we all stop posting memes about how atheists are stupid jerks whose UPPANCE WILL COME or how spiritual belief causes every bad thing ever, from war to erectile dysfunction, and is only followed by DUMB IDIOTS WHO ARE DUMB? You’re both wrong, and impolite to boot.

You see, it’s all about being friendly neighbors. These guys look friendly, don’t they?

2. Inability to Cope with the Woes of Friends.

It’s natural to reach out to friends when shit goes down, and now that reaching out includes social media. When a friend posts something like, “Blah happened and I felt bad about it,” saying any of the following is like handing your friend a flaming bag of dogshit instead of a hug and a cupcake. And if you’re saying any of these in response to someone expressing hurt over being the target of bigotry or harassment? Sexism, racism, anti-LGBT, ableism, fat hatred, anti-Semitism, Islamophobia, street harassment? It’s even worse.

“Don’t let it bother you.” OK, thank you for telling me I shouldn’t be feeling what I’m feeling. I’ll just put all my feels back in the box.

“They were just (joking, trying to be polite, asking you a question). You should (laugh it off, take it as a compliment, help them understand).” Yes, my feelings about this are all due to my misunderstanding of the situation. Since this is my very first day on earth (I was recently hatched and flash-trained at the Spaarti Cloning Center), I had no social context within which to interpret my own experience. Thank you, oh wise one, for explaining my experiences to me.

“You think that’s bad? You should hear what happened to ME.”  UNFRIEND.

“You’re too sensitive.” UNFRIEND AND COLDCOCK.

“(Name of group to which you belong) are too sensitive.” UNFRIEND, COLDCOCK, and SEND TO SIX WEEKS OF SENSITIVITY TRAINING BY HIPPIES IN THE WOODS.

“They’re right. (Name of group to which you belong) really are like that. I’m not saying you are since you’re one of the good ones.” DETONATE.

Why is it so hard for some people to say, “Wow, that sucks. I’m so sorry you have to go through that”? It’s an INTERNET MYSTERY.

Let’s put this bitch on the case. PROBLEM. SOLVED.

3. Assuming that the first thing they see someone do is the ONLY THING that person has EVER DONE.

Oh, the judgy comments. Video of guy retaliating against his noisy neighbors: “He should have tried talking to them. How annoying.” Online activism: “Why aren’t you donating/going to rallies/volunteering?” Article about a lawsuit: “Ugh, they should have tried mediation first.” I just don’t understand why people assume that we all go into cryosuspension when they’re not looking at us.  HOW DO THEY KNOW we haven’t done/always do/are in the middle of doing EXACTLY what they’re accusing us of not doing?

So basically it takes under a minute to check Snopes to see if that meme you’re posting about Monsanto or Fukushima or Wal-Mart is accurate. Anything from the “Daily Currant” is satire. Anything on any website trying to sell you something isn’t “scientific proof!!!1!” of the efficacy of the thing they’re trying to sell you.

And it’s cool– we all fall for those sometimes. But when you find out that the thing you’ve posted is inaccurate, WHY DO YOU LEAVE IT UP? You’re like the Johnny Appleseed of bullshit. Worse, when you’re dealing with a company whose business practices have come into question for good reason, you’re weakening the accurate arguments by spreading ones proven to be inaccurate.

OK, my darlings. I promise my next post will be full of positivity, rainbows, chocolate, and puppies. 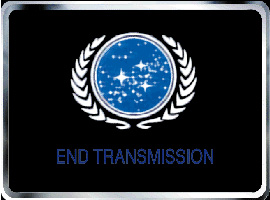