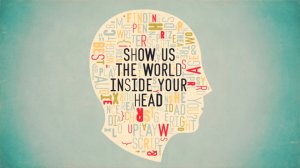 When you’re just starting out as a playwright, a lot about the industry can seem mystifying. Here are some quick dos and don’ts for people out there trying to navigate the wild waters of playwriting.

DON’T send your play to playwrights, artistic directors, literary managers, or dramaturgs asking for feedback unless you’re related to and/or sleeping with them. Maybe not even then. We’re all very busy people, and we get dozens of people a month asking us for feedback on their plays. You’re asking us to do FOR FREE something we do for a living. It takes hours to read a script, evaluate it, and craft useful feedback. Those are hours we must reallocate from our paid work or our personal lives. Then, when we provide that feedback, if it’s not what the playwright wants to hear, all too often they react angrily, ignore our advice, or tell us we’re wrong. It’s almost always a no-win situation for us.

If a theatre, contest, or individual has already stated that feedback will be provided for free, have at it. Otherwise, don’t ask for feedback on your script from someone who isn’t one of the first ten people you’d call to bail you out of county.

DO invite these people to come to informal readings. Feed them snacks. Serve them beer. Have them read your play aloud, then open a dialogue about it. This can be an incredibly useful tool. There’s no substitute for hearing your work out loud. Feel free to invite all the playwrights, ADs, turgs, and LMs you like. If they show up, they’re agreeing to give you the feedback you seek. LISTEN TO THEM. Take their advice to heart. You don’t need to follow every piece of advice everyone gives you, of course, but don’t reject criticism out of hand. If all you want is praise, give the play to your mother, a call girl (tip well), or your imaginary friend. I’d advise against having a public reading of an early draft if you’re just starting out. There are a million reasons, but the most important is that professionals will give you advice about how to make your play do what YOU WANT it to do. It’s a specific skill. Save the public readings for a more solid draft or until you’ve found your footing as a writer.

DO consider hiring a dramaturg. Professional dramaturgs often specialize in helping playwrights develop new work. Another option is to find a director who understands your vision and will be on board throughout the development process. I understand (oh so intimately) that most people don’t have a lot of extra money, so this may not be an option for you. Perhaps you know a dramaturg who’d be into a barter agreement. I’d trade dramaturgy for massage therapy in a hot second. Now if I could just convince Karin Wertheim to start writing plays…. (If you’re located in the Bay Area, you really need to check her out. Her bodywork is INSANELY good.) 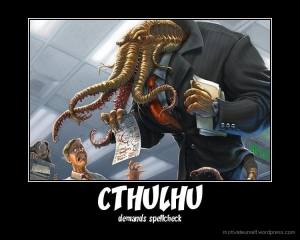 DON’T make rookie mistakes in your cover letter. Don’t tell me in your cover letter how “hilarious” or “moving” your play is. If it’s a comedy or a drama, it’s fine to say that. But don’t praise or otherwise evaluate your own work. Also, always proof read. I don’t mind when playwrights have the name of another AD or company at the top of the email due to a copy and paste error (it’s fine, really), but I do mind when the email is riddled with spelling and grammatical errors. I don’t think you need to be a Grammar Ninja to be a good playwright, but a cover letter riddled with errors shows a lack of care and attention. The squiggly red line is there for a reason, chaps. Finally, I’m very interested in your play. I am completely uninterested in the letter of recommendation you’ve attached to it from a famous playwright. I have nothing but respect for Theresa Rebeck, but she knows nothing about my theatre or its needs, so her recommendation is useless to me.

DO follow all the submission guidelines. They’re there for a reason.

DON’T expect a personal response. No, it’s not “just polite” for a company to respond with a personal note to a submission. We all get hundreds and hundreds of submissions, even theatres without paid staff. The workload is nuts, so most of us are barely keeping our heads above water. Many have stopped responding to submissions entirely. And please don’t come out with, as I’ve heard some people say, “Then don’t accept unsolicited submissions at all if you can’t respond to them.” There are an increasing number of theatres who have decided to do exactly that.  I don’t have any plans to stop accepting submissions, but I understand why a company would make that decision. I think playwrights would want to encourage those avenues of access to stay open. So don’t always expect a response, don’t imagine that the reason you didn’t get one is because the theatre is impolite, and don’t tell us we should stop accepting submissions if we’re not sending out personal notes to all 412 playwrights who submit each season. I assure you, we’re all doing our best.

No theatre can accurately predict how long it will take to respond. Generally speaking, the longer the better. We can turn a rejection around quickly, but when a play is being strongly considered, it takes much longer as it makes its way up the chain.

“Here, have some dynamite down your pants” is never a good response to rejection.

DO respond courteously, if at all, to rejection. While most playwrights are awesome, often literary departments and ADs are confronted with angry playwrights who are upset their play was rejected.  I’ve personally received dozens of angry emails from rejected playwrights. Once we had a playwright resubmit a play, telling us that he had rewritten it to include a Black character “since that’s what you people seem to like over there.” I’ve been called an “asshole” more than once. I’ve been told I was an “idiot” who couldn’t recognize good writing. I was told once that I “require objects of condemnation.”

I know rejection is hard, but I assure you it’s not personal. Since there’s no such thing as a rejection that every playwright thinks is “best” (they all want different things, vehemently at times), theatres must make a choice that works for them. So take a deep breath, and then call me an idiot who can’t recognize good writing when you’re at the bar with your friends, not in an email to me.

DO tell me anything practical you think I might need to know. Are you open to casting some of the male roles with women, or using different music than the music stated in the script? Are the difficult technical moments able to be done in a low-tech way? How do you envision that being accomplished? If the script calls for an actor to play the accordion, are you open to other instruments as well? Are you open to double casting?

DO watch your language. You can drop all the f-bombs on me you can muster. Creative swearing brings a smile to my lips and a song to my heart. However, be very careful about using words that are considered hurtful. I’ve seen in two scripts recently the usage of the word  “retarded” in stage directions: “Staring at him like he’s retarded.” I’ve seen racism, anti-Semitism, homophobia. I’m not referring to characters’ points of view– of course people write all the time about characters with unsavory opinions– but language that reflects the point of view of the playwright. I’m going to trust that your statement that the right theatre could “jew you down” to a lower royalty rate comes from a place of ignorance rather than outright racism. So review your statements carefully.

That’s all for now. You know I’ll have more later, right? I can’t stop myself. I’m pathologically helpful. I know that starting out in theatre as a playwright can be confusing and overwhelming, but hang in there. It won’t take long for it all to seem like home.

15 thoughts on “More Tips for Playwrights”