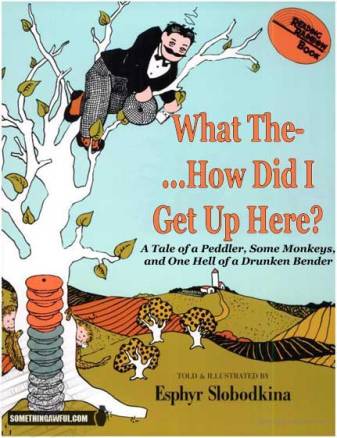 A blog post I thought about 20 people would read has gone viral . . . ish. Or, viral for theatre anyway. (Comparing my stats to the inappropriate cartoon my son made last year and put on reddit, garnering half a million hits in 72 hours, is just going to depress me.)

I’m enormously flattered by all the attention it’s received, and I’ve had a deluge of interesting responses, some here on the blog but most out in the innerwebs.

The response I didn’t expect, but have received more than a few times, was the defensive: But women’s lives ARE like that! Those ARE our stories! Which is a little heartbreaking. I don’t believe that any woman’s life is just waiting around for someone else, talking about someone else, and reacting to the decisions of someone else. Women are so much more than that.

The most curious responses were from people holding up extremely active characters who drive the narrative bus all through the town as examples of reactive central characters (Hamlet was one such example). The most valuable challenge came from the people who made me examine my assumptions about active vs reactive dramaturgical positionality. I’m thankful they gave me the opportunity to evaluate an assumption and deepen my understanding of it.
The best response of the bunch, unsurprisingly, came from the brilliant Lauren Gunderson, who responded to my post with an inspiring, challenging piece of writing that I think you should all check out.My opinion is, obviously, not definitive. My writing reflects my opinions about my experiences, and of course responses from others will be reflective of their opinions about their experiences. Our responses to anything– writing, theatre, pumpkin muffins, bad traffic, the distressingly continued presence of Uggs– say as much about ourselves as they do about the thing itself. So it’s been a very valuable process for me to examine my own reaction (and imagined responses) to the people who are saying my post is valuable and a worthwhile read as well as to the people who are saying that I’m a “patriarchal tool” whose self-hating gender bias is deluding me into evaluating works of feminine genius as lacking simply because they don’t conform to a “masculine structure.” (Penis-shaped plays, amirite?)

Despite the fact that the response has been overwhelmingly positive, my first reaction to that was to zero in on the negative and think: I AM NEVER WRITING ABOUT GENDER AGAIN. I said, from that moment on, my blog was going to be about pictures of puppies in baskets, cupcakes, and my rack.

So what did that reaction say about me? To me, it said that the girl who was bullied for years in school still tries to make decisions for the adult she has become, and that’s not OK. It said that I’m still far too willing to give power to the people who want to silence me with their public disapproval. And devaluing your own experience while privileging the experiences of others was EXACTLY what I was trying to get women to stop doing when I wrote the post. So I had to take a seat and give myself a Come to Moradin talk about Having a Blog and Having a Voice.

The answer, of course, is not for me to hide, but to learn instead to take the good with the bad, develop a thicker skin, keep my chin up, keep calm and carry on, and all the other British platitudes you can think of go here.

Thank you all so much, truly.