The Politics of Accents 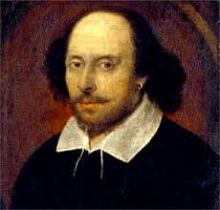 While I could write plenty about nonsense like Asian actors being asked to do “the accent” in their audition for “Prostitute #3” and “Kung Fu Master Criminal,” or Black actors being asked for a more “urban” accent or audition piece, I’m actually heading in the opposite direction.

There’s a “Shakespeare accent” that American actors are taught to use, or sometimes just pick up on their own through exposure. I’ve seen plenty of teachers throughout the years refer to this as “RP,” “Standard American,” or “Mid-Atlantic” (not to be confused with the actual accent of people in that region– more on that later). The terminology is confused and not always accurate. “RP” stands for “received pronunciation,” which is in actuality a British dialect considered “proper,” and “Standard American” refers to an accent that uses a harder final R than these actors are being taught. But the accuracy of the terminology is not the point.

We all know that accent. It’s slightly faux-British, posh, and its main feature as practiced seems to be the dropped R.

We know from the study of OP (“Original Pronunciation”) that the British accent of Shakespeare’s day was actually nothing like this “Shakespeare” accent American actors use, or than British RP for that matter. Check out this comparison between RP and OP. So why do we teach actors to speak in these faux-British tones? Why do actors adopt this fabricated accent when they do Shakespeare?

The answer can’t be “because the text suggests it,” or “the text sounds better that way due to the way it’s written.” A notable part of OP is its harder final R. This entirely contrived  “Shakespeare accent” is most notable for its soft R. In fact, that’s its main (and often sole) feature as practiced across American stages. So “because Shakespeare” cannot be the answer.

What *IS* the answer? We know that what’s often called the “Mid-Atlantic” accent, popular in pre-1960 America, was a deliberate, acquired marker of wealthy white privilege, and was therefore cultivated by people looking for upward mobility and acceptance in the upper classes of America, or by actors whose careers would be built on playing upper-class roles. In 2013, we still use a version of it to denote “posh” or “privileged” in popular culture– look for it in films, cartoons, video games. It’s everywhere.

There are some teachers out there now teaching an accent they call “Classical American,” as in, American accents for use in classical theatre.  “Classical American” is a reverse-engineered accent that labels and codifies the semi-British “Shakespeare accent” that has evolved from (and is still sometimes labeled as) Mid-Atlantic or RP. There’s a book originally published in 2005 flogging “Classical American” as “an intermediate option between well-pronounced Neutral American and Standard British. It builds upon Neutral American, blending additional rhythmic and sound elements, which result in more formal or heightened speech without sounding British to an American ear” (emphasis mine). Precisely. I’ve heard this accent referred to innumerable times as “formal,” “heightened,” and “elevated.”

Those of us in the theatre talk a good game about how Shakespeare is for everyone, and whine a great deal when our audiences are less diverse in race or age than we’d like. Although we have a long way to go, we’re slowly getting better at looking to ourselves for problems with racial diversity in our audiences, but we epic fail with looking to ourselves for problems with age diversity in our audiences, generally blaming lack of swarms of twenty-two year-olds at our productions on their boorishness and lack of interest in “culture.”

Maybe the way we frame Shakespeare is to blame for the homogeneity of its audiences. When people talk about Shakespeare as “lofty poetry,” it makes me cringe. Not because they’re wrong– there’s certainly enough lofty poetry in Shakespeare to keep your lofty poetry needs happy for quite some time before you have to turn to Blake or Donne– but because Shakespeare ON STAGE is less about poetry as such and all about stories– rich, passionate, violent, emotional, heart-ripping stories at that. Shakespeare uses poetry to tell stories, and he will drop the poetry or jack up its rhythmic demands in a hot second to make an emotional point. The poetry is in service to the stories. These stories tell all the secrets of the human heart, and we continue to frame them in popular culture as staid and boring “high culture,” as if Shakespeare is medicine that you must take because it’s good for you rather than ZOMG THESE PLAYS ARE AWESOME.

Part of sequestering Shakespeare into the special, rarefied, and (most importantly) exclusive domain of “high culture” is this pretend, contrived, completely non-regional “Shakespeare” accent; an accent created solely and specifically to denote “upper class.”

This accent is part of the mythology that Shakespeare is “high class” art for the privileged. If we as directors or audience demand that Shakespeare actors adopt an accent that was created specifically to signal “rich and white” and still signals that to this day in popular culture, what are we saying about Shakespeare?

I know an exceptional Black actor with enormous range who was told by one of his college professors (also a Black man) that he would never be able to do Shakespeare because of his “Black accent.” Of course he was wrong. Apart from this particular actor’s massive flexibility, the professor’s own experience as an actor was decades ago, and this is the 21st century in the Bay Area, where that kind of thinking is thankfully now on the wane. However, there are still too many directors out there who will absolutely refuse to cast a Black actor– or ANY actor– who does not adopt the upper class white accent our culture has come to associate with Shakespeare, and too many universities and training programs that teach that as NORMAL. At general auditions for my company last spring, I had a batch of diverse, newly-hatched college grads all from the same Bay Area university (not the same one I discuss above, depressingly) whose actors, each and every one, came in doing the “Shakespeare accent.” I almost wrote to the department. I probably should have. But even more depressingly, there are plenty of teachers and directors who still think that’s necessary.

BECAUSE we know that Shakespeare’s plays were written for an accent nothing like this contrived “Shakespeare accent,” but an accent no one anywhere today would mistake for “posh,” and BECAUSE we know that Shakespeare’s plays are the greatest plays ever written in the English language and tell all the secrets of the human heart, and therefore belong to everyone, and BECAUSE we recognize that more diversity of all types on our stages and in our audiences is a good thing, and BECAUSE this is almost 2014, FFS, I RESOLVE:

THE DEATH OF THE SHAKESPEARE ACCENT IS AT HAND.

Listen, if that’s how you really talk, then I have no problem with you using that accent when you do Shakespeare. In fact, that’s my entire point. YOU ARE GOOD ENOUGH JUST AS YOU ARE for Shakespeare. Your body, your voice, just as they are, are worthy carriers of these stories, whether your speech is “posh” or straight outta Compton. Talk like you talk. YOU ARE WORTHY OF SHAKESPEARE, just as you are.

And directors? Please stop. Just stop. These stories are yours to tell. You don’t need to overlay fake poshness to prove you’re worthy to enter the club. You’re already worthy.

These stories are part of the human literary heritage. They already belong to you. They’re about you, whoever you are. It’s time to liberate these plays from the mythology of exclusivity.

6 thoughts on “The Politics of Accents”