“They Never Thought He Had a Bomb”: Racist Narratives

The above meme (click to embiggen) has been burning up my feed, and I think the sentiment behind it is spot on. The motivation behind the arrest of 14-year-old engineering whiz Ahmed Mohamed for bringing a homemade clock to his Irving, Texas high school was racism, no question. But I’ve been thinking about this for hours, and I think the above conversation misses the point entirely.

I’m sure it took about .0007 seconds for people– even people like the faculty, staff, and police of Irving, TX, who clearly aren’t the sharpest tools in the shed (and your fellow educators thank you for making us all look like asshats, btw)– to understand that a bomb must be attached to something that can actually explode, and that Ahmed hadn’t built a bomb out of circuit boards and Muslim Magic. What they were accusing him of is building a hoax bomb. This is why no one acted like there was a real bomb on site. They were accusing him of creating a performance meant to frighten and intimidate– they were accusing him of performing the role of “terrorist.”

Ahmed Mohamed, 14, being led away in handcuffs in a NASA T-shirt. The look on his face breaks my heart.

The police asked him repeatedly to explain why he had built the device, and to provide a “larger context.” When he couldn’t, they arrested him. The above picture of him went viral, along with the story, and the public outcry has, of course, caused Irving officials to begin to backpedal furiously, saying that he “wasn’t forthcoming” during questioning, never gave any more information than explaining that the device was a clock (probably because the device was a clock) and that they would have done the same for any student of any race. 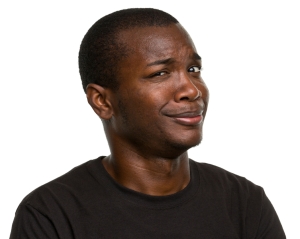 I think that’s not even within walking distance of the truth. If the truth were Mordor, Irving PD are still in The Shire having second breakfast. Look at what they said about the arrest:

Irving Police spokesman Officer James McLellan told the station, “We attempted to question the juvenile about what it was and he would simply only tell us that it was a clock.”

The teenager did that because, well, it was a clock, he said. […] McLellan told the Dallas Morning News that Ahmed insisted the device was a clock, and that police have no reason to think it was dangerous and “no information that he claimed it was a bomb.”

“We have no information that he claimed it was a bomb,” McLellan said. “He kept maintaining it was a clock, but there was no broader explanation.”

Asked what broader explanation the boy could have given, the spokesman explained:

“It could reasonably be mistaken as a device if left in a bathroom or under a car. The concern was, what was this thing built for? Do we take him into custody?”

They created a narrative (“Muslim creates hoax bomb”) and framed it as his fault when he wouldn’t perform that narrative– they claimed he was uncooperative when he wouldn’t perform the role they had invented for him based solely on his ethnicity. Irving officials imagined Ahmed was a hoax bomber, and could therefore provide context– a reason he would build a hoax bomb and bring it to school. But he couldn’t provide context that didn’t exist. When he “refused” to give a “reason” he had created this “hoax bomb,” they grew MORE suspicious because they had already decided he was performing a narrative about Muslim terrorists.

They were looking for an explanation like, “I planned to plant it under the principal’s chair so everyone would think it was a bomb,” or “I planned to show it to some kids who were bullying me to scare them,” or “My cousin Sayeed is turning me into Junior Jihadist.” Instead they got, “It’s a clock.” And they blamed him for not being “forthcoming” or “providing context.”

They literally could not understand the obvious context right in front of their faces– nerdy kid builds nerdy device– because they didn’t see him as “nerdy kid.” They saw him as “Muslim.” They could not put “nerdy kid who hangs out at Radio Shack and builds things” together with “Muslim.” Literally every single American went to high school with at least one awesome Radio Shack nerd. This is not some far-fetched, unusual, outlying teen identity. These kids are all over the country, and have been for decades.

If Ahmed looked like Val Kilmer, this all would have gone down differently.

The problem is more complex than just “they wanted to humiliate a Muslim.” That may very well be true, but we need to pay careful attention to the specifics here. America has created narratives for the millions of Muslims who live here, and we are unable and unwilling to understand when real people do not conform to those narratives, to understand that Muslims are people, as varied as any other group of people. We’ve created multiple narratives that see people of color as DANGEROUS, and we’re skeptical and mistrustful when people of color say they do not conform to those narratives. We imagine they’re just hiding something. People of color must prove again, and again, and again that they’re not something we invented about them.

And we BELIEVE in these narratives, despite demonstrable evidence to the contrary, despite the fact that anyone with four working neural synapses and 90 free seconds can sort out that those narratives cannot possibly be true. We BELIEVE in these narratives, and this is the result. Brilliant kids are arrested for nerding while Muslim. Sikhs are murdered, sometimes mistaken for Muslims. Muslims are murdered. A Muslim man was murdered in March just 12 miles away from Irving TX, part of a pattern of death threats and hatred inflicted on the local Muslim population. Let that sink in. Ahmed Mohamed lives in an area with an established pattern of anti-Muslim sentiment. If they had thought he had a real bomb, police would have killed him.

Black people are gunned down in the street because an armed white police officer “felt threatened.” Latinos are beaten and leading presidential candidates say about the attackers: “They love this country and they want this country to be great again. They are passionate.” These narratives we’ve created for people of color are deadly, and we can’t just step away and dismiss them as someone else’s racism.

It is of crucial importance that we understand that Ahmed’s arrest is one example of specific, carefully created narratives playing out everywhere, all the time. They accused Ahmed of building a hoax bomb because that’s what the narrative says Muslims do. When you blame unfocused, random Southern conservative bigotry for an evil act like this, you are effectively washing your hands of it, stepping away, and saying, “That’s not me,” instead of productively working to deconstruct the racist narratives in which we all participate to some degree.

Source: First Dog on the Moon for theguardian.com

We’ve created narratives for people of color that cast them as “danger to America” and we must actively work to dismantle them, because people are dying, children are abused, evil is being committed in our names.

I sure as hell am looking hard at what I’ve done over the years and wondering where, and how often, I may have contributed to this.

You want to “make America great”? Work to dismantle these narratives and understand that most of what people talk about as “American exceptionalism” comes from the strength of diversity– bringing different people together to generate ideas and innovations they would not have otherwise come to alone. You want to “make America great”? Stop arresting nerds, stop killing people of color, stop pretending that America lost something when it became clear our white majority was quickly evaporating. Diversity is our strength.

A NOTE ABOUT COMMENTS (9/21/15): This is my blog, not a news site. This blog reflects my personal opinion and analysis. I approve all respectful and worthwhile comments whether they agree with my opinion or not. I do not approve comments that use disrespectful language, that mock, belittle, or attack, or that otherwise engage in trolling. As this is my personal blog, I am the sole arbiter of how those terms are defined. If you wish to engage in respectful dialogue about the issues being discussed, whether you agree or disagree with my opinion or analysis, I invite you to leave a comment, and I will approve it as soon as possible.

24 thoughts on ““They Never Thought He Had a Bomb”: Racist Narratives”